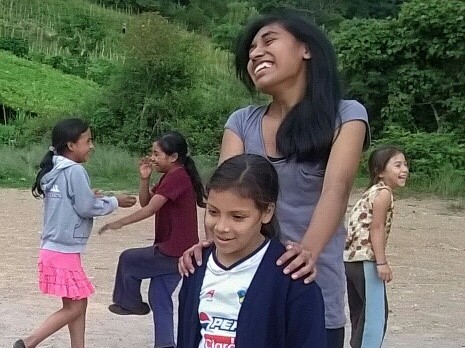 An Empowering Story from Our Club in Palencia, Guatemala

"In all my years, this is still one of the most wonderful transformations I’ve been able to witness.” - Andres Armas, Play for Peace trainer in Guatemala

Sometimes all you have to do is realize it’s time to step back and let people shine by themselves. “Flor has been with Play for Peace pretty much since the beginning of the club in Palencia.” This is how Andrés Armas starts telling the story of how Flor de María Jolon first arrived at Play for Peace with dozens of other youths who got interested when, with USAID support, Palencia’s club was able to offer year-round scholarships for local students. The first remarkable thing about this is that Flor didn’t get one of those scholarships; however, one of her little sisters did, and the whole family felt truly grateful for it, so Flor became a volunteer as well to give something back. “Flor’s family is remarkable, they were newcomers in the city when this happened. They come from an ethnic group based in the high of the mountains and knew no one here; however, they were very attentive, close and kept to themselves,” shares Andrés. When the year was over, and with it the scholarships, most of the youths who had enrolled stopped attending the club. “We knew it was going to happen, [and] we took a long time to select people according to their intentions of helping Play for Peace. In the long run, however, it was a risk we had to take: give the scholarships away, help as many people as possible with them, and let the chips fall where they may. In the end, we knew those who stayed when the scholarships were over were going to be truly committed with us,” Andrés said. Flor kept attending, and she became a youth leader. Not only has she overcome all social prejudices and obstacles that have been imposed on her for being female and having ethnic roots but she has found herself as well. About this, Andrés revealed that “in all my years, this is still one of the most wonderful transformations I’ve been able to witness,” and as it happens, when Flor first joined Play for Peace she was a shy teenager, sure to drop out of school and get married just a couple of years later. Today she is a young adult with a job, responsibilities and resources of her own, sure of herself and a real Leader (with capital ‘L’ because she deserves it!). “We know when volunteers grow up, their lives change and they will leave Play for Peace more possibly than not,” Andres said about the reality of his experience; however, Flor has not left Play for Peace. She works six days a week and her free day is Play for Peace day. “She organizes activities so the kids can come on her free day and it’s amazing to see her summoning power, even more so is to see her be a leader, to witness the respect with which boys follow her, in a community like this. That’s something you don’t see often. It gives me joy to see her shine,” concludes a very proud Andrés. 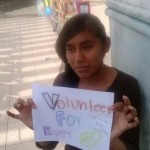