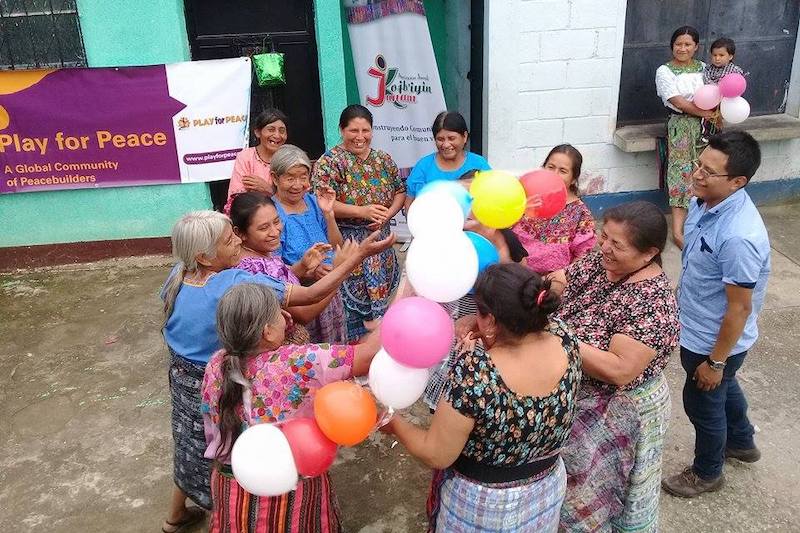 Today is International Women’s Day. It’s a day to create awareness for the inequality that still exists between men and women. On a global scale, women still earn less money for the same jobs, are less likely to be politically involved, and are more likely to have low-paying service jobs. It’s also a day to highlight that violence against women, particularly by intimate partners and sexual violence, is still a major problem, affecting a third of girls and women worldwide.

It’s a day to emphasize that, besides the argument of creating a fairer world, increasing gender equality is good for society at large. According to the World Economic Forum, if women’s economic participation increases, economies fare better; if women are more educated, children will be healthier; if more women become involved in politics, other types of inequality across society are likely to decrease. At the same time, International Women’s Day is meant to acknowledge the progress that has been made by and for women and to shed light on the successes of female leaders and role models around the world. Play for Peace trainers, mentors, and volunteers are among these role models, working hard to empower girls and women through Play for Peace programming.

We spoke to some of these leaders, who were eager to share their stories. 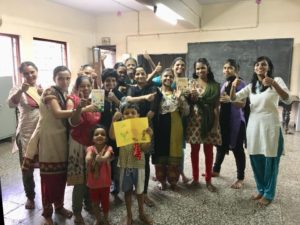 Archana Magar, Asia Support Coordinator, organizes Play for Peace sessions for vulnerable girls and women in Mumbai, many of which have been rescued from prostitution, human trafficking, and domestic violence, or are living in observation homes due to conflict with the law. The trafficking of women and children for commercial sexual exploitation is a huge issue in Mumbai. Depression, anxiety, loneliness, and isolation gradually affect the holistic development of these women and girls, who in their spare time often have to work to increase the family earnings or do domestic chores, or in the worst case, are trafficked by family members or other close relations. “Girls from disadvantaged backgrounds have no childhood at all. It is lost in their fight for existence," said Archana. “We believe that a child's right to play is not a luxury, but a necessity of life.” Play for Peace Mumbai helps these vulnerable girls get access to their fundamental right to play and, through its methodology, aims to create a safe space for women and girls to express themselves and explore their skills. Play for Peace advocates the importance of play and safety of women and girls in observation homes in Mumbai and, by organizing events throughout various parts of Mumbai, creates widespread awareness for the right to play. Archana sees a change in the girls who participate in the program. “One girl who is an inmate in the observation home said: ‘Each time I play, I find newness in myself.’ ” 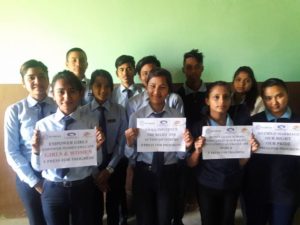 Birenda Poudel is a Play for Peace trainer in Nepal, a country that also faces a very high gender gap. One of the big challenges in Nepal is the high rate of child marriage: despite the fact that the minimum age of marriage under Nepali law is 20 years old, 37% of girls are married before the age of 18, and 10% by the age of 15. A second challenge is keeping Nepalese girls in school: girls belonging to the Dalits, the lowest cast in Nepal, or to indigenous families are unlikely to go to school at all, and few complete higher education. “We organize Play for Peace sessions, focusing on empowering Nepali girls for basic rights like education, health equality, and inclusion. In these sessions, we explain the bitter truth about gender inequality,” said Birendra. “The Play for Peace sessions really help the girls. It empowers them and makes them aware of the importance of education.” 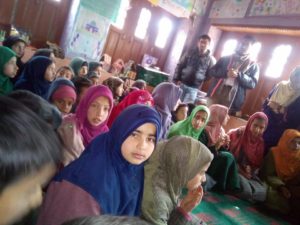 Agyat Mitra and Swati Bhatt, Play for Peace trainers in Faridkot, India, organize workshops for girls with themes around child advocacy, gender awareness, and sexual harassment. Their workshops are part of the Youth in Leadership development program (YouLEAD), and are based on experiences of the first Play for Peace youth facilitators in India. According to Agyat and Swati, India is still a very patriarchal society, where crime and domestic violence against women are common, and child sexual abuse rates are very high. At the same time, talking about sexual abuse remains taboo, and victims have little rights to complain. The caste system in India affects women disproportionately, as those from the lowest castes are subjected to the heaviest forms of discrimination. “To be a woman in itself is a challenge in India,”said Swati. “Though there have been advances for women from middle class society, including more access to education and jobs, men have no idea how to work with or collaborate with working women. In effect, women have no agency.” One of the key components of the workshops is empowering girls how to say ‘No’ and stand up for themselves from early childhood on. The workshop teaches about patriarchy, and how male power can be abused through public sexual violence, something these girls unfortunately have to face everyday. The sessions also focus on the importance of, and right for, education of girls. Girls are encouraged to lead Practice Peace sessions. Agyat and Swati notice how the program transforms the girls, with the major changes being an increase in confidence and self-image. One of the girls who has benefited is Arzoo Shakir, who comes from an extremely humble background, and was a Play for Peace youth facilitator. After her journey with Play for Peace, she initiated the Disciples for Peace club in Kolkata, and her work and initiative was noticed. She recently landed a job that allows her to become a provider for her family, as her father has fallen seriously ill. “The skills she learned as a Play for Peace youth facilitator can now be of use in her profession as a project manager,” said Swati.

All trainers acknowledge the importance of celebrating International Women’s Day and are organizing special workshops and events today, specifically aimed at empowering and celebrating women. On International Women’s Day, let’s all take a moment to think about how we, ourselves, can help women and girls reach their full potential, and work towards creating a more equal world.