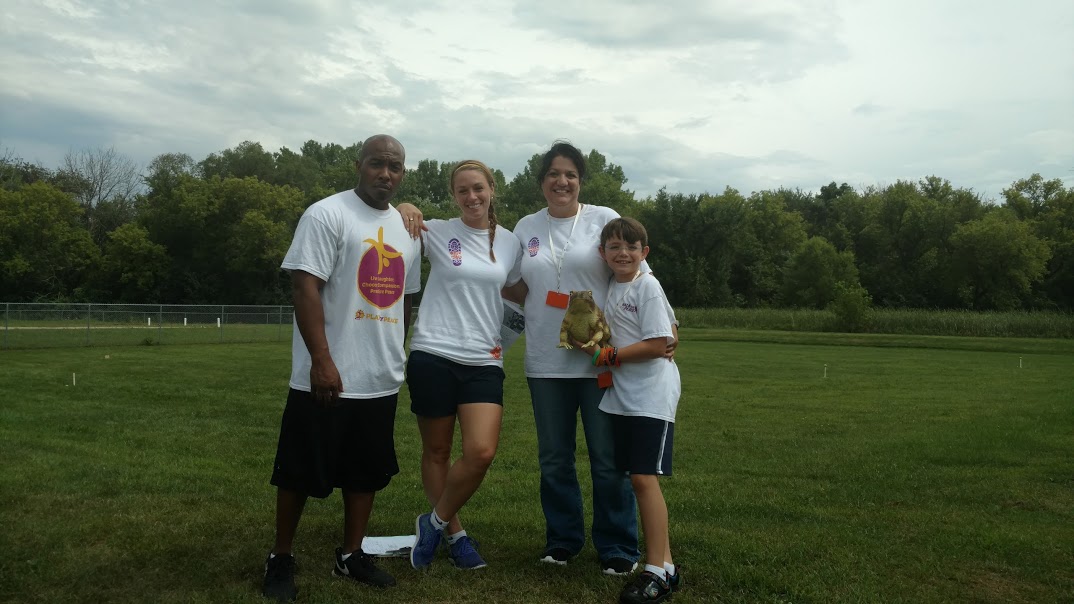 Together, the students experienced laughter, compassion and peace, and learned to find commonality with other students, rather than identifying differences.

Chicago's homicide rates have skyrocketed this year. In fact, August was its bloodiest month in two decades after police recorded a staggering 90 murders, 384 shootings and 472 total shooting victims. Sadly, 27 children under the age of 13 have been shot this year. Police have reported that 85% of gun crimes are committed by the same 1,400 people who are likely affiliated with gangs and are repeat gun offenders. But until police truly crack down on gun crimes, they believe the carnage will continue. While the violence in Chicago happens, Play for Peace continues to make a peaceful impact in its schools. This month, to help kick off the new school year, the nearly 370 students at Wayne Elementary School received a special half-day of "practice peace sessions" with Play for Peace facilitators. The session created safe spaces for the students through games that reflected the values of inclusion, cooperation, caring and fun. Together, the students experienced laughter, compassion and peace, and learned to find commonality with other students, rather than identifying differences. Wayne Elementary classes from kindergarten through sixth grade rotated through the sessions, which were held both indoors and outdoors and accommodated special education students. The all-school sessions were earned by students through their participation in the 2015 Walk for Peace hosted by Play for Peace last September. Wayne Elementary students helped raise more than $15,000 as part of the Give Peace a Chance team. The school also received a percentage of the team's fundraising total, along with the Practice Peace Sessions. The special Play for Peace session was organized by Wayne Elementary School principal, Dr. Marybeth DeLaMar, and teacher Janie Kidd. "We were thrilled to facilitate our Practice Peace Sessions with Wayne Elementary students, as part of their Positive Behavioral Interventions and Support (PBIS) efforts, especially since our games encourage positive social, emotional, and even academic outcomes for students," said Play for Peace Executive Director Sarah Gough. "We thank them for their outstanding support last year, and hope Wayne Elementary and other area schools will join us again this year for the World Peace Day Fall Run/Walk."