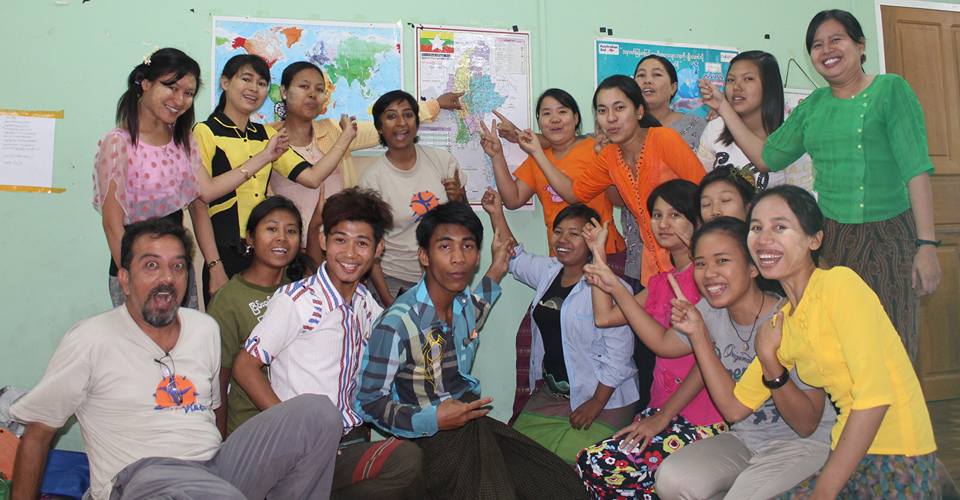 Myanmar: A Morning of Play for Peace Training in Shwebo

It was agreed that training a group of teachers to be Play for Peace facilitators would have a longer impact in the community rather than a one-time interfaith camp.

After a series of successful days of training in the Myanmar city of Yangon,  Play for Peace master trainers Swati Bhatt and Agyat Shunya made their next stop in Shwebo. Located in the Sagaing region of Myanmar and 110 kilometers north of Mandalay, the former capital city is known for its snakes and glazed pottery, including the large water containers used throughout rural Myanmar. Unfortunately, the region has also been marred by violence. In recent years there has been much tension and violence against the minority Muslim population by select Buddhist groups. While some believe that the religious conflicts are detracting from the real political issues, the violence has left communities fractured and there remains a need for constant dialogue for peace. Agyat and Swati started their first session in the Shwechinthae Social Service Group. The school is home to thirty children ages 6 to 14, who are either living in the streets, HIV positive or orphaned. Originally the teachers of the school were planning an interfaith camp when the idea of hosting a Play for Peace session was suggested. However, as plans were being firmed it was agreed that training a group of teachers to be Play for Peace facilitators would have a longer impact in the community rather than a one-time interfaith camp. The workshop was structured such that the Agyat and Swati would train a group of teachers in the morning and then let them facilitate sessions with children in the afternoon. To increase the potential impact on the community, other teachers from nearby schools were also invited to the workshop. See all the fun that the teachers were having while learning some of the many games taught in Play for Peace workshops. In the next blog post, see what the children thought of the games. 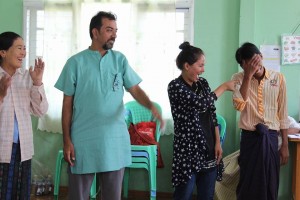 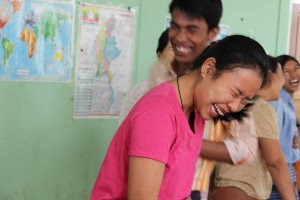 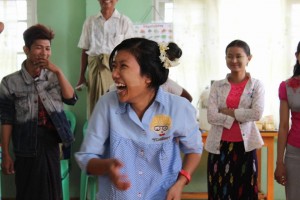 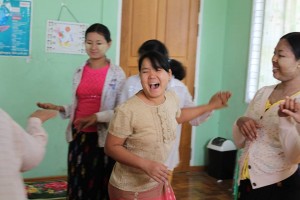 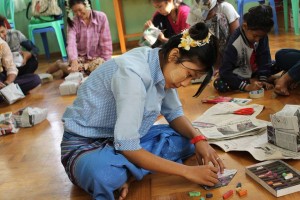 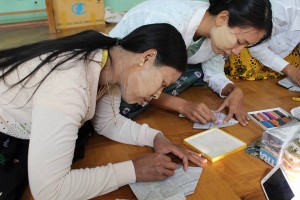