Posted by: Play for Peace Global
Posted in: News & Events

Play for Peace will hold its sixth annual World Peace Day 5K Run/Walk on Saturday, September 29, 2018, from 4-8 p.m. at the Bartlett Nature Center in Bartlett, IL. The proceeds from the event will benefit children and communities affected by conflict. The fundraiser will also support the various programs offered by Play for Peace, which place powerful tools in the hands of children and youth in the U.S. and other countries around the world—such as Guatemala and India—as well as refugee camps in Europe. These tools can help resolve conflict, prevent violence, and create laughter, compassion, and peace.

Six years ago, Bartlett, IL, native Aidan Hennessy was introduced to a group of children playing in Guatemala via Skype as part of a Play for Peace initiative with his mother’s company. Inspired by what he saw, Hennessy later wrote for a class assignment that he would donate $100 to Play for Peace so that those children in Guatemala could continue to play together. His mother, Lisa Gelsomino, honored her son’s wishes and helped create what is now the annual World Peace Day 5K Run/Walk.

“I think it’s important that kids from all walks of life and different communities can come together and play,” says 11-year-old Hennessy. “Everyone needs friends, and the more friends you have from different walks of life, the more peaceful the world can be.”

Using cooperative play to bring children and youth from different backgrounds together, Play for Peace creates safe spaces where kids can forget about the fear that keeps them isolated and often causes them to engage in conflict and violence. Play for Peace also trains youth leaders from middle schools and high schools to facilitate cooperative and educational games with younger children. In turn, the youth learn leadership skills and serve as positive role models for younger students.

“For 20 years our work has created powerful changes in the children and youth that participate in our programs around the world,” says Play for Peace Executive Director Sarah Gough. “We see that young people living in communities with high levels of violence or conflict are empowered to lead change and be role models for others.”

Rayan, a youth leader for Play for Peace, came from the war-torn country of Iraq and was trained in the Play for Peace method while at a Greek refugee camp. He went on to establish another Play for Peace club at a different refugee camp when he was relocated to the Netherlands, receiving a national volunteer award for his efforts earlier this year. Rayan and his fellow Play for Peace youth leaders bring children of the camp together each week for cooperative play and fun, regardless of religion, ethnic background, or language.

The 5K Run/Walk will take place on the scenic, crushed limestone trails of the Bartlett Nature Center. Play for Peace will have an on-site trainer hosting cooperative play sessions and providing education on the importance of its method and programs. Various vendors will provide entertainment that includes henna tattoos, face painting, crafts, and an animal show in the Nature Center auditorium. The U.S. Coast Guard, Bartlett Fire Department, WSHE radio station, and a wildlife trailer will be present to support the event as well. The event will conclude with a Halloween glow hunt and campfire. 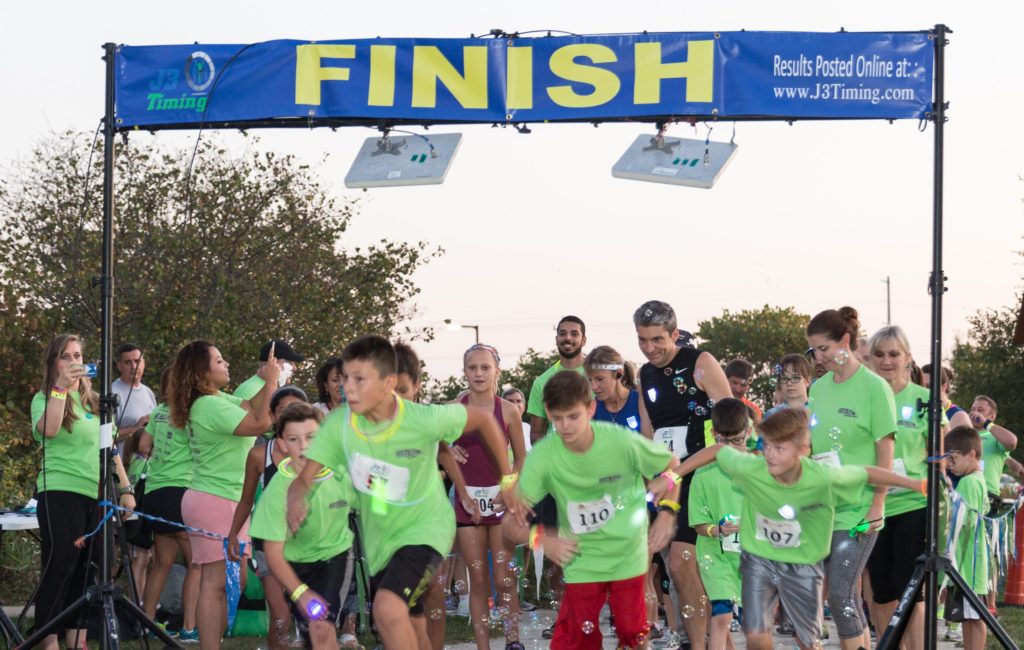