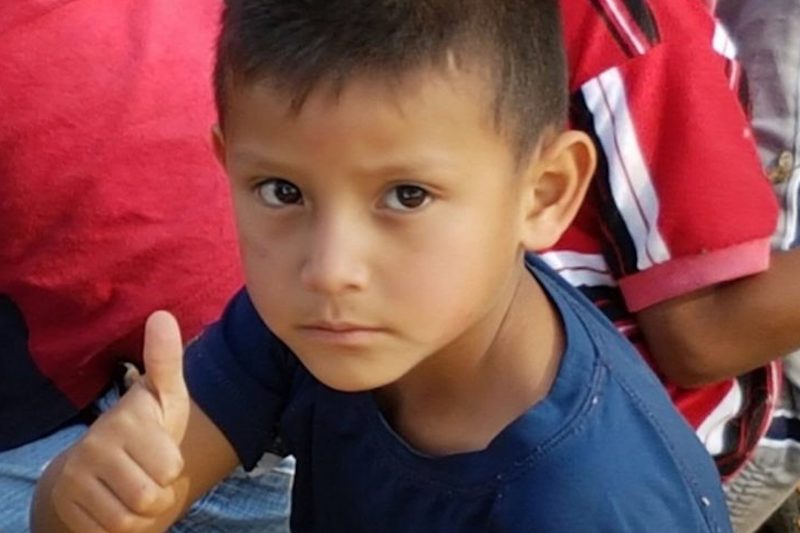 The Key to Thriving Communities in Guatemala: Participation

The 36-year-long civil war left many Guatemalan communities deeply scarred. Despite this, for 18 years Play for Peace Guatemala has empowered youth leaders to create thriving communities that invite everyone to work together toward peace. Here are just a few of their stories.

“Play for Peace gave me the opportunity to get to know Guatemala and meet young people from different communities here.”

Alicia Agustin returned to Guatemala in 1997 after living in a refugee camp in Mexico, escaping the fate of many who stayed and were murdered as a result. Her family relocated to a village near Colomba through a repatriation program, but they were not welcomed by villagers who had stayed in Guatemala during the conflict. The area was very rural and poor, and suddenly grew twice its size with people who were considered enemies. Play for Peace began a program in Alicia’s community due to conflict between the newcomers and people who had been living there for generations. Alicia was invited to be a Play for Peace youth leader to unite the two communities.

“What impressed me most was Play for Peace’s objective to facilitate the exchange of ideas and thoughts between young Guatemalans and the ones that had returned, all of them having gone through traumatic experiences because of the armed conflict,” she said.

Today, 20 years later, her community faces different problems: Gang violence and political power struggles prevent young people from access to opportunities. Lack of work and fear of violence has forced many people to head north, even if it means immigrating illegally. However, Play for Peace continues to bring positive leadership to the village—Alicia, now a powerful adult leader, still uses cooperative play and experiential learning to integrate the community and facilitate a lively exchange between young and old. Despite all of the challenges, Alicia has used Play for Peace tools and methods to achieve her goal: a thriving community. 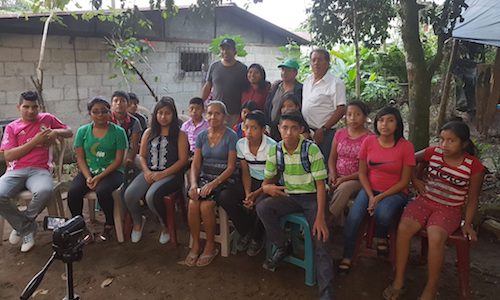 “Play for Peace gives young people an opportunity to stay out of trouble.”

Juan de Diós has been a youth director of the municipality of Palencia, and has always supported Play for Peace programs. “The most pressing issue for young people in many areas of Guatemala is the uncertainty that they will leave home and return in one piece. They often stay at home because they are afraid, which affects their behavior and well-being. Others think that their only option is to join one of the violent youth gangs. It’s a vicious cycle.”

Play for Peace has been able to engage many local young people, with very positive effects on the community. According to Juan de Diós, youth have learned to better get along with their neighbors and young people from other communities. “I have witnessed an increasing desire to participate in the Play for Peace violence prevention program. Play for peace gives them an opportunity to spend their time in a useful and positive way, which means they are less likely to join one of the youth gangs or get into trouble. The young people that do Play for Peace address the issues of high violence and other pressing community issues, and they present alternative solutions.” 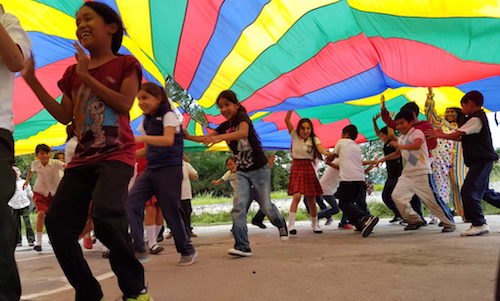 San Raymundo is a small community about two hours from Palencia and six hours from Colombo. A group of young people have begun a movement around “caminemos juntos” or “walking together” to prevent violence, defend children’s rights, and promote the participation of indigenous women in their community. Play for Peace has provided them with the tools to include more community members and spread their message. Roberto, a 17-year-old volunteer for the club in San Raymundo, explains how Play for Peace has impacted his community.

“With Play for Peace, we can help young people in our community to relax and be happy despite the problems we have. Being a young person in Guatemala often means that you have no childhood because life is so tough. Violence, drug trafficking, no or very low paying jobs—that’s our reality.” he says. “But I’m positive that we can change that. Play for Peace helps young people to express themselves and discover their talents. We are excited to belong to a global network of peacemakers, and we are proud to share our work in San Raymundo with other groups in Guatemala and in the world.”

Alicia, Juan de Diós, and Roberto are just three of the hundreds Play for Peace volunteers in Guatemala. They know about the challenges the country and its people face every day, because they have witnessed them first hand. While many have flown their homes, they have chosen to better their communities.

Alicia, Juan de Diós and Roberto don’t know each other, as many of the Play for Peace volunteers in Central America aren’t able to travel. This is why Play for Peace is organizing the first regional gathering for Latin American Clubs in December 2018. The plan is to hold a leadership training for youth leaders and provide them with new tools to bring back to their communities and to create a common vision for peace in Central America.

In order to make this gathering possible, our clubs are fundraising for their participation and need your help.

To support to our youth leaders in Guatemala, Mexico, and/or Costa Rica, visit the country page below, learn more about our work, and donate.

To contribute to Guatemala: https://my.playforpeace.org/team/174058

to contribute to Mexico: https://my.playforpeace.org/team/174064

To contribute to Costa Rica: https://my.playforpeace.org/team/174065