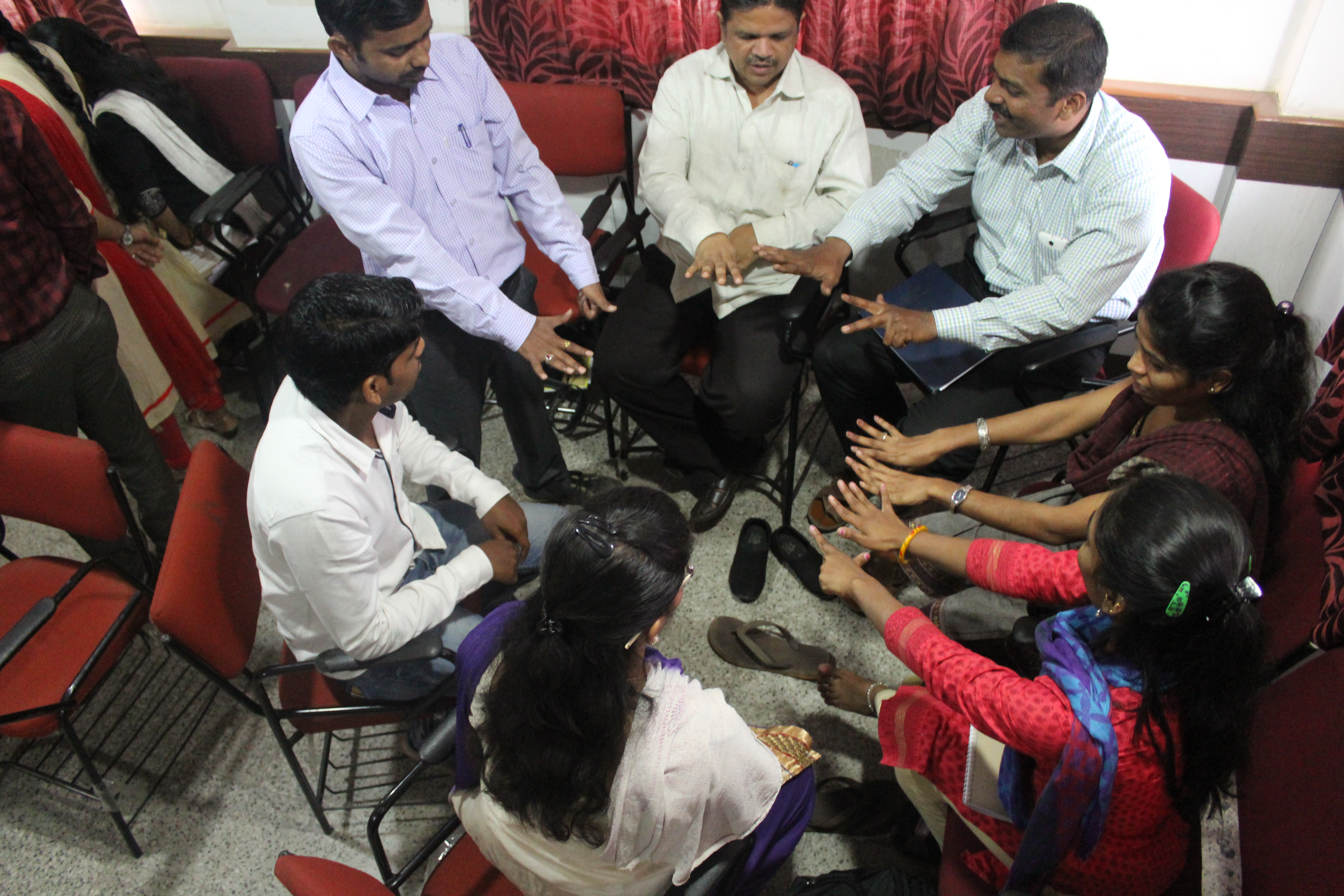 The discussion on child rights touched on sensitive issues like sexual exploitation, poor hygiene, and gender-discrimination. Almost everyone had something to say while others shared personal experiences.

Recently Play for Peace trainers Swati Bhatt, Agyat Shunya and Nikhil Mehta partnered with members from the All India Institute of Local Self Government (AIILSG) to run a workshop on ‘advocacy of child rights through puppetry and co-operative games’. The 40 participants of the session consisted of staff members of an organization called ‘Shikshan Mitras’ (friend educators) who run learning centers in marginalized communities in Satara, Thane, Jawar and rural Pune (India) that are unable to get access to education. More than half of the attendees had attended a previous Play for Peace session and were already successfully implementing their learnings in their communities. Some had commented that thanks to Play for Peace, the environment at their centers and the attitude of the parents had changed drastically for the better. Day 1 of the workshop began with a session of co-operative games including some new games that participants could use in their respective centers. This was followed by reflection and revision of the core values of Play for Peace. Next the principle of Challenge by Choice (Challenge by Compassion) was introduced to the participants, while also making them aware of the importance of stepping out of their comfort zones for effective learning to happen. An understanding of the concepts of change and learning zones (comfort zone, growth zone and panic zone) will help them in their sessions with children. For the next activity, a ‘confidentiality clause’ was established in order to allow the participants to feel emotionally and socially safe to express themselves – ‘pasand apni apni’ (As you like it). The activity was a discussion on child rights that touched on sensitive issues like sexual exploitation, poor hygiene, and gender-discrimination. Almost everyone had something to say while others shared personal experiences. The group also discussed relevant all-India level data and issues, as well as differences between constitutional provisions and social rituals which might be exploitative. During the entire discussion the group was made aware of the similarities and differences that exist just within this one group. Some of the final activities of the day included a reflection on ‘sweet’, ‘bitter’ and ‘sour’ (challenging) experiences that the group had faced when facilitating Practice Peace sessions; ‘World Café’ activity that facilitated a discussion on child rights and a small demonstration of puppetry. The puppetry activity excited the participants. The story making and story-telling exercises got the creative-juices flowing and allowed them to discuss their own life experiences in an environment where they could express themselves freely.