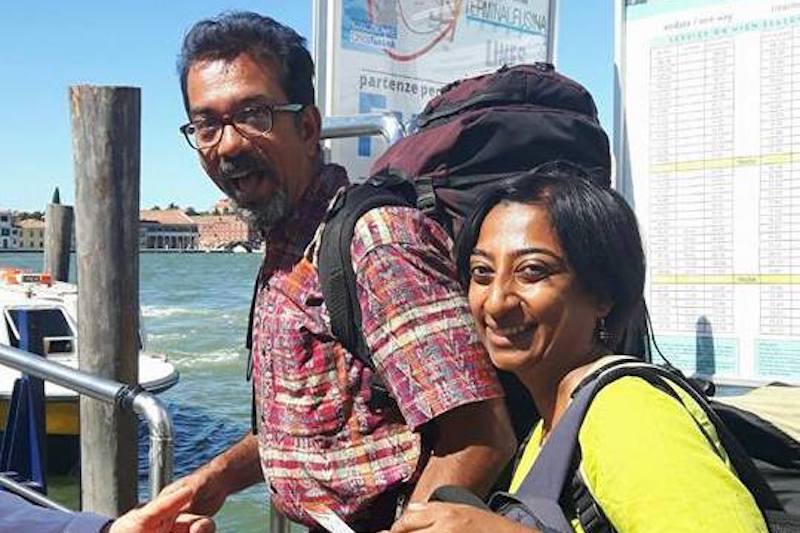 UPDATE: Swati and Agyat reached Kashmir where they intended to work with the people who run Child Friendly Spaces (CFS). The project was implemented by Action Aid, which has two partners and the desire to run 100 CFS. The plan was to have two, three-day training sessions to help those involved with the project build their capacity to engage with children in CFS. The first session would see 20 community social mobilizers in attendance. Each of these mobilizers are in charge of five CFS. Action Aid’s two partners would send a participant who is a project coordinator, and four referral coordinators who are responsible for observing behavior in children who are in need of psycho-social care would also be there. The second training was designed for community animators, who work in CFS and are in direct contact with the children. For this training, around thirty-six participants had planned to attend. As each CFS tends to around 50 children, Play for Peace will essentially be reaching around two-thousand children. This quarter will see the opening of 24 centers and 32 more in the next quarter. Eight of the twenty social mobilizers in the first session will be mentored so that they can enable sixty more community animators. However, a shooting at a military checkpoint late Sunday evening sparked protests on Monday. More information concerning this situation is accessible here.

The first day of the first three-day training sessions began on Sunday with the theme of child rights advocacy. Training had started late because of difficulties in reaching the session. One group had arrived two hours late as they were caught in a disturbed area. Swati and Agyat were amazed by their resilience, and the session went well with incredible participation from those in attendance. Monday saw only half the participants who hadn’t even grabbed breakfast. However, the protests did not deter from participants working efficiently, and their focus was inspiring. Their behavior was indicative of the immense desire to bring peace to their communities and give children opportunities for holistic growth. However, the protests that hit Kashmir forced Swati, Agyat, and those at the training to hide in the basement hall of a hotel. They are safe, but many were unable to go home, and an undeclared curfew was called. Play for Peace is overjoyed to hear that they are safe and is eager to see how they complete their journey of peace in an area most in need.

Play for Peace is a process of liberation to Swati and Agyat, and they love seeing young people do wonderful work after Play for Peace helped them tune into their potential.

Certified Trainers Swati Bhatt and Agyat Mitra, who reside in India, are preparing to travel to Kashmir, where they intend to work with people who run child-friendly spaces there. These spaces aim to fill the gap that schools leave. With Kashmir's history of ongoing conflict, schools are sometimes closed if there are disturbances, making child-friendly spaces incredibly vital. Swati and Agyat hope to help those who are involved with the project to build their capacity to engage with children in joyful and meaningful ways. As the center attracts adolescents and young adults, Swati and Agyat hope to teach them how to engage with children and train them to be youth facilitators. They will also be working with a group that they'd trained in 2017, working to give them advanced skills on how to create learning experiences for adolescents. The trip to Kashmir is a risky one for Swati and Agyat, though they acknowledge that there are hints of uncertainty anywhere in the world. With Kashmir's heavy armed presence and a history of ongoing conflict, any disturbance can shut down the town, depending on the seriousness, which would result in participants not being able to attend the training. Swati and Agyat are all about the application and expansion of Play for Peace. They constantly conduct trainings, and it is these trainings that give them the opportunity to expose young people that want to learn and do more to Play for Peace. Play for Peace is a process of liberation to Swati and Agyat, and they love seeing young people do wonderful work after Play for Peace helped them tune into their potential. They have been able to share the message and mission of Play for Peace in Africa, Europe, and Asia. Swati and Agyat are eager to keep sharing and exposing Play for Peace to the community in Kashmir.

The Kashmir conflict is a territorial conflict primarily between India and Pakistan, having started just after the partition of India in 1947. China has at times played a minor role. India and Pakistan have fought three wars over Kashmir, including the Indo-Pakistani Wars of 1947 and 1965, as well as the Kargil War of 1999. The two countries have also been involved in several skirmishes over control of the Siachen Glacier.