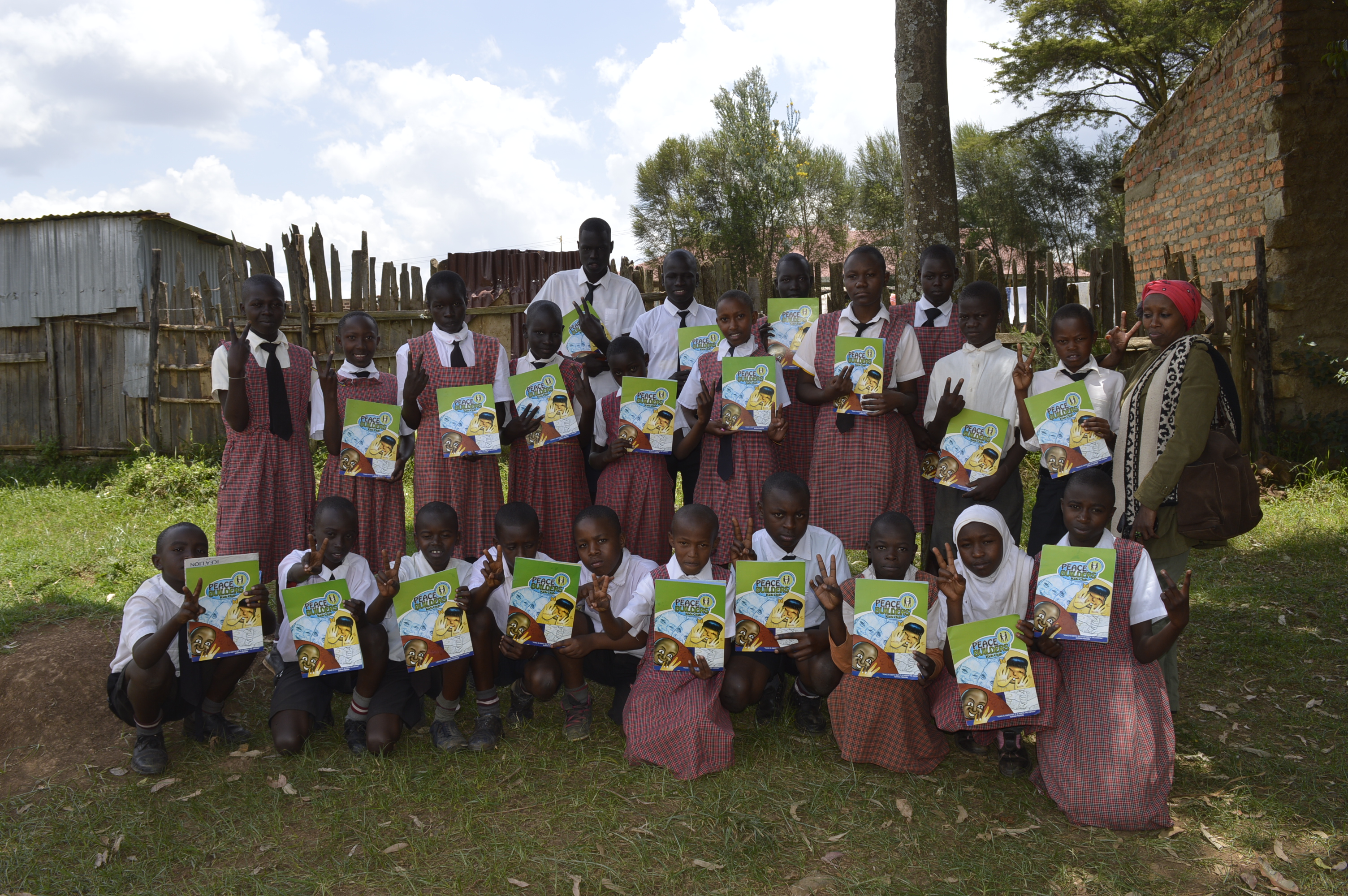 “Most pupils were violent and used to fight each other, but after the club was introduced, they found a way to resolve the differences amongst themselves. Eventually the fighting stopped."

Kenya regularly experiences violence in many different areas. Violence related to terrorism. Sadly, post-election violence killed 1,133 people  and displaced hundreds of thousands. The majority of people who engage in violent activities are believed to be young people. Some of whom are in organised groups such as Mungiki, Sungu Sungu, Taliban and other terror groups. Recently, according to media reports, three young women were killed by police after attacking Mombasa Central Police Station. Many young people have also been reported to have joined the terror group Al Shabbab which claimed attacks in Nairobi and other towns. After post-election violence in 2008, the August 7 Memorial Park launched a Peace Builders Kids Club in various schools in Nairobi and other towns. In Eldoret, 10 schools were chosen - among them, Border Farm Primary School. According to Brenda Selebwa, the General Manager at Memorial Park, the program targets children aged from eleven to thirteen. It aims at educating children on the importance of peace and the consequences of violence. Most of the children in this program were affected by the post-election violence. The key elements of the Peace Builders Kids Clubs are peace building at individual and community levels; forgiveness and compassion; breaking the cycle of violence and replacing it with new ways of dealing with conflict; and developing peace initiatives, consequently creating peaceful co-existence among children and their communities. Rozinnah Chao is a patron at Border Farm Primary School Peace Club.  She says that since the program was started, she has seen a lot of improvement in the children’s academics as well co-curricular activities. They have developed a voice. “Most pupils were violent and used to fight each other, but after the club was introduced, they found a way to resolve the differences amongst themselves. Eventually the fighting stopped,” she said. The club draws its membership from pupils of diverse ethnic backgrounds in Kenya as well as South Sudan, who feel the club is very helpful and that they would like to change the situation in their country. The Sudanese pupils appreciate the existence of peace in Kenya which has enabled them to attend school regularly. At the same time, they feel sympathy for their counterparts in South Sudan. She has also seen the school gain a lot since the inception of the club. Electricity was installed after it received computers from a donor. As a result, the pupils enjoy learning on a digital platform. They have also learned digital communication in the form of Skype.