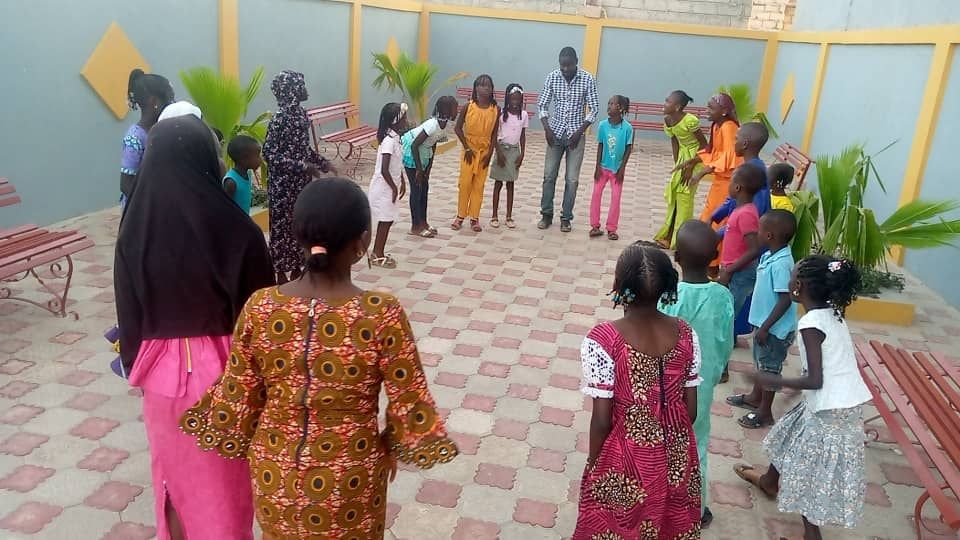 Sarah Gough, Play for Peace Executive Director shares a story. “El Hadj is our young leader living in the outskirts of Dakar, Senegal who spent his childhood as an orphan and often living in the streets. He was taken in by Mamadou, our original PFP mentor, and given support and education. He has dedicated his life since then to help street children in his neighborhood that is rife with xenophobia (known as a community of immigrants from other parts of Africa) and marginalized as a "slum" area.  I got to know him well as we often spoke "Franglish" in the early years (as I am the rusty French speaker on our team) but he's now very adept at English as his third (probably fourth?) language.”

In El Hadj's words - "The Play for Peace Senegal team gathers all of the children after school so that they do not wander the streets. They put them in an environment where children are motivated and inspired to do their best."  He has been dreaming of building a park for the children in his community to play in for over a year. Now he did it! He got support from the local mayor and our PFP community to make this happen. This is our shared little Play for Peace space in the world and the children are SO proud to meet and play there. This one really makes me smile.

Before the building, the meeting area was full of dust often mixed with animal waste & garbage and the alleyways were sometimes unsafe because of cars and dog attacks. The after picture below is clean and beautiful. El Hadj (striped shirt) is leading the PFP ritual. They are so proud of their new space!