One look at the Chicago news and it becomes obvious that being a young person in inner-city Chicago is not only difficult, but can even be dangerous. Crossing color or neighborhood lines on the way to school, at lunch tables, even in class, can have serious consequences. But there are young Play for Peace leaders who dedicate their time to teach younger kids that a different reality is a possibility, that peace is possible. With the support of our dedicated Partners for Peace, 13 youth from two Chicago Play for Peace Clubs piled into a bus this fall and left the city behind for a nature-filled Leadership Camp. During the weekend, the essence of Play For Peace was seen, heard and felt by all involved. The students appreciated each activity including archery, climbing, learning activity facilitation and 'letters to self'. The new draft of the Play for Peace Activities Booklet was presented to each of the participants for youth feedback. During the Play for Peace activities, the students from each school began to mingle and become one group instead of two groups - several commented on this during closing. Watching them take a lead and facilitate the games was inspiring. Students commented on how they felt supported, and while nervous, had fun and realized that they can lead these activities to younger kids.

These students learned several important elements about themselves that we can never fully quantify...understanding that they are cared for and appreciated for being who they are were some of things we heard them tell us.

One focus in Play for Peace is helping youth understand inclusion and promoting it through activities where everyone plays and no one loses. An example of this is an activity called "All My Friends." To play, one person is in the middle and shares something true about themselves beginning with the phrase "All my Friends . . ." If what was shared is true about the others in the group, they would switch places while the person in the middle tries to obtain a spot. The person left without a spot then goes to the middle sharing something true about themselves. It is kind of a free-for-all, but intentional, "duck, duck, goose."
At first, participants were sharing things about themselves that got only a few people within the group moving. An average of six people moved each turn.  After it was explained that Play for Peace is about inclusion and getting everyone involved in play, the youth tried hard to think of things that were true about everyone in the group so that everyone would be included. The number of people moving doubled to an average of 12. This is an example of how Play for Peace is about helping young people understand that they can change the number of people that are impacted by including everyone and promoting peace in action. Another camp in January is planned with the possibility of more clubs coming on board in Chicago in 2015! Thank you to Chicago Mennonite Learning Center,  Richard Rutschman, Robert Valle, Center for College Access and Success, Community Links High School and Farragut High School for making this powerful Leadership Camp possible! This blog was written based on a report sent by Robert Valle 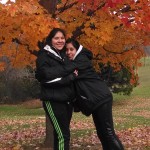 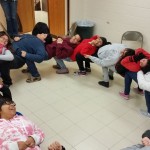 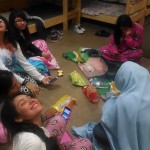 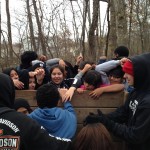