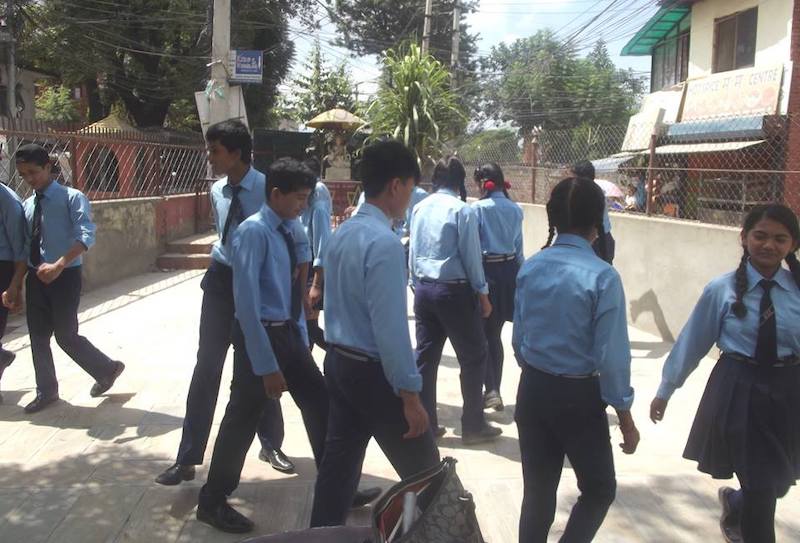 GPYC is no stranger to the Compassion Games. In fact, you can see all of the work they've done on our website. During the Global Unity Games, GPYC brought together 18 participants and two facilitators in Baneshwor, Nepal. And they played. They played a lot. Here are some highlights from some of the favorites. They started with "The Great Divide," where they were told to stand in a line and to touch their feet to the feet of the friends next to them. The challenge? They had to move together without separating their feet. After a few failed tries, they discovered the key was walking one by one. Listening, communicating, coordinating, and working together, they solved the problem.

"When you are in a group, you should listen carefully to others, communicate well and do that what would be best for your group."

Next, the children played "Neighbor's Interview". They were divided in pairs and interviewed their partner. Then, they introduced one another to the group.

"When asking a friend about himself, we get to know a lot about them. It feels great to know more about your friend in this way and telling as if its your own."

"What does Peace mean to you?" the facilitators asked the students. The students were then asked to write some words on chart paper with their own creativity.

"Peace for everyone is different. Everyone wants a peaceful life. For this, it is our responsibility to create harmony with people and in the community."

Next, the children played "As You Like It." They were given a series of choices and moved to one side. Options like river/ocean; Kathmandu/Jiri; Holi/Lhosar; Dashain/Tihar; Math/Science; Pokhara/Chitwan

"Making choices usually depends on our upbringing and where we belong is based on what we have learned."