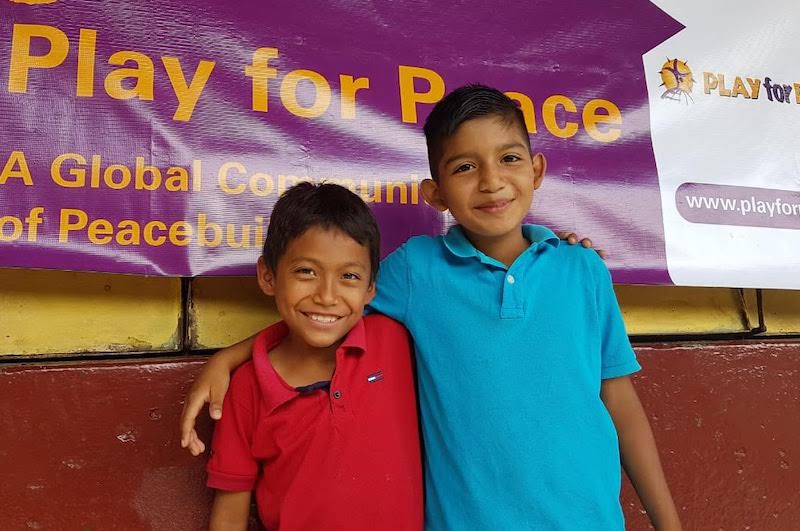 Play for Peace in Guatemala: 19 Years of Impact on Three Generations

Play for Peace has been active in Guatemala for 19 years, working in seven different communities—both urban and rural—that struggle with poverty and violence. The youth facilitators there work hard to build relationships with the children they meet during play sessions, and most children return regularly to participate, learning to cooperate in a group and make new friends. It is clear that Play for Peace has had an impact from the stories of our three generations of peace builders who live there—each one as passionate about our work as the next.

Luis Daniel de León is 11 years old and a member of the Play of Peace Champel Club in San Felipe Reu, Guatemala. An active peace builder in his community for two years, his passion is to facilitate games with friends and teachers at the school he attends. He also teaches cooperative games to children and adults in his church community, where his father is the pastor.

“I like to be part of Play for Peace because it helps me to learn, and it is a lot of fun,” says Luis. He also feels that Play for Peace has helped him to be less shy. “Before, I was afraid to speak in front of other people. Since I learned to teach games. I have more friends now and I can help others be friends.” 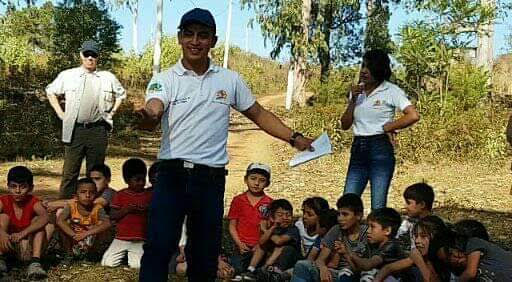 A Play for Peace youth facilitator in Palencia, Guatemala, 24-year-old Henry Ignacio Pedrosa is called Nacho by his friends. His community has been struggling with high levels of violence, which caused Nacho to join a violence prevention program in 2013 that was implemented by Play for Peace in alliance with USAID. During that time, Nacho was trained as a facilitator of cooperative games and brought together children and youth in the community to create joy, cooperation, and trust. Although he now works as a traffic police officer in his community, children in the community remember him as a Play for Peace facilitator and constantly ask him to lead them in cooperative games. It is clear that Nacho has grown from someone who simply wanted to eliminate violence from his community into a respected leader who has positively impacted the lives of many.

Nacho uses Play for Peace methodology when he works with his church community on issues of family unity and domestic violence. His training as a Play for Peace facilitator helps him to break through barriers and create the necessary trust to have open and impactful conversations about sensitive topics. Domestic violence is a huge problem in Guatemala, seen as normal and hard to change. Play for Peace has offered Nacho the training, tools, and experience to tackle this issue in an effective, yet sensitive way.

The 36-year long civil war left many Guatemalan communities deeply scarred, including Colomba, the home of Alicia Agustin, who returned in 1997 after living in a refugee camp in Mexico. She and her family fled Guatemala during the war, escaping the fate of many who stayed and were murdered as a result. Her family relocated to a village near Colomba through a repatriation program, but they were not welcomed by the villagers who had stayed in Guatemala during the conflict. The area was very rural and poor, and suddenly grew twice its size by people who were considered enemies. Play for Peace started a program in Alicia’s community to a conflict between the newcomers and the people who had been living there for generations. Alicia was invited to be a Play for Peace youth leader to unite the two communities.

“Play for Peace gave me the opportunity to get to know Guatemala and meet young people from different communities here,” says Alicia. “What impressed me most was Play for Peace’s objective to facilitate the exchange of ideas and thoughts between young Guatemalans and the ones who returned, all of them having gone through traumatic experiences because of the armed conflict.”

Today, Alicia’s community faces different problems—gang violence and political power struggles prevent young people from access to opportunities and lack of work forces many to go to the United States illegally. However, Play for Peace brings positive leadership to the village, and Alicia uses cooperative play and experiential learning to integrate the community and facilitate a lively exchange between young and old. Despite all of the challenges, Alicia has used Play for Peace tools and methods to achieve her goal—a thriving community. 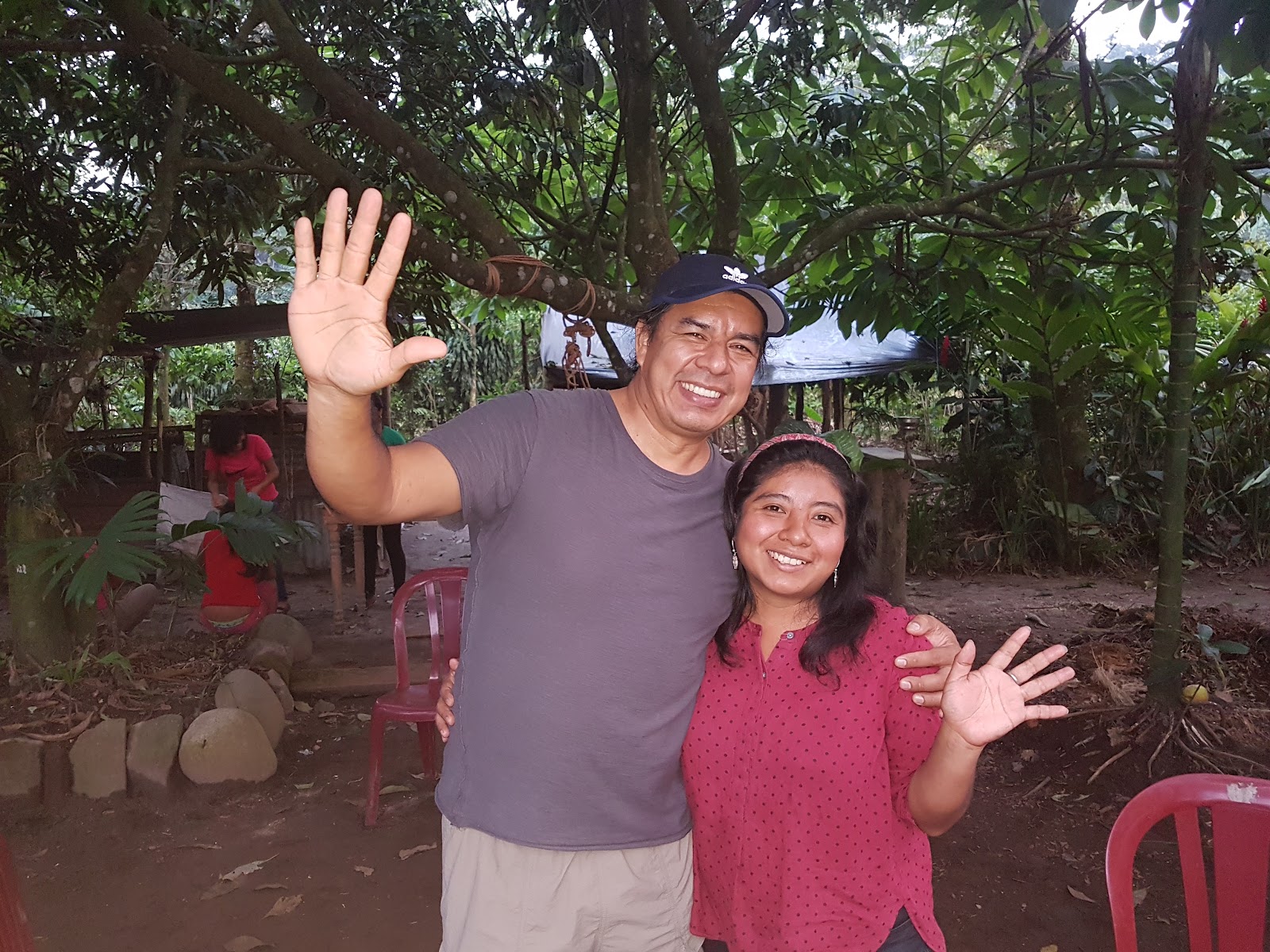 When 48-year-old Andrés Armas drives his old Mitsubishi four wheeler along unpaved roads over the hills of Palencia, Guatemala, passing by coffee and banana plantations to meet his Play for Peace team at the community center, one might think that the world is at peace. Andres has dedicated his entire life to creating peace in Guatemala and with his smiling eyes and calming demeanor, it is easy to see why. Having grown up in a humble community in San Felipe, he remembers the violent times of the Guatemalan civil war that killed thousands of people and destroyed the lives of many who survived. When he was introduced to Play for Peace, he immediately saw an opportunity to use the methodology to bring together his community, which was no plagued by hatred and conflict.

“I realized that I could bring emotional support to the kids and youth who were most affected by the war, especially those who had fled the country during the war and came back, but were not welcome in their communities anymore,” he said. Andrés trained young people to become facilitators of cooperative games, giving them the opportunity to be proactive and positive leaders in their communities. He worked with former refugees and gang members, and with young people who couldn’t see a way out of poverty and despair. Andrés has had an impact on the lives of thousands of children and youth in Guatemala as their trainer, mentor, teacher, and friend.

Andrés brought Play for Peace into the lives of Alicia, Nacho, and Luis Daniel. He empowered them to become peace builders in their own communities. While he continues to train Guatemalan youth to become Play for Peace facilitators in their communities, he regularly visits the communities and the people he’s impacted. After all, it takes perseverance and many small steps to create peace.